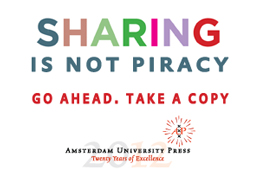 This text below is the English version of an opinion editorial published today in the Dutch nrc.next daily newspaper.

In the last days, two events have brought Internet-related policy issues to the front pages : the FBI crackdown on Megaupload and the signature of the ACTA treaty1 and the resulting streets demonstration in countries such as Poland and France against its ratification. These two events have a common background: 15 years of war against the non-market sharing of digital works between individuals. Since the early sharing of digital works in newsgroups or Web pages, and building up after the birth of P2P file sharing with Napster at the end of 1998, individuals have used the possibility to pool between themselves collection of digital files. Meanwhile, music and film majors and their various relays in public policy have tried everything to stop this not-for-profit practice of individuals, stigmatizing it as piracy or stealing. Everything has been tried: blocking by technology the possibility of copying, outlawing the circumvention of this technology even when it is done for legitimate use, suing individuals in the US for insane punitive damages (150,000 $ per music track),2 installing an automated justice to ban file sharers from the Internet with the 3-strikes laws such as the HADOPI in France, polluting the infosphere by injecting fakes in P2P networks under the name of P2P warfare, and now pressuring technical intermediaries so that they police, filter and censor the Internet for the benefit of private parties.

The net result of this war on sharing has been to partially replace the technologically sound and culturally valuable practice of P2P file sharing by centralized download sites and to promote the culturally impoverished practice of streaming beyond its realm of usefulness. The result is not better for the cultural economy that it is for culture itself. Anti-sharing policies not brought any additional resources for authors, performers and contributors to works, except for an extremely small number of them. Funnily enough, some of the latter were enrolled in a promotional clip for Megaupload).3 Even worse these policies have delayed efforts to address the real challenges of digital culture: the increasing number of valuable contributors and works and the need for innovative financing schemes to sustain creativity.

Now, anti-sharing enforcement policy is busy fighting the very creatures is has helped growing. The massive opposition of citizens to the Megaupload crackdown must not be understood as an endorsement of centralized download or its dubious business models. It is a just furor against a policy that has deprived all of us from a legitimate right to share between individuals, and now attacks what substituted for this partially lost possibility. ACTA is a treaty negotiated in secret by “like-minded” unelected copyright, trademark and patent enforcement officials, working in close relation with lobbies, and now wanting to put the European Parliament and later all non-signatories in front of the fait accompli. Its main purpose is keep us locked for decades in an anti-sharing enforcement escalation. The fact that despite the complexity of the text, European citizens are making it to the streets to express their opposition – a very rare event for Internet-related activism – is an exciting perspective, and if the movement builds up and its position is well explained to the Members of the European Parliament, if will lead to the rejection of ACTA. The ground was prepared by the US movements in opposition to the SOPA and PIPA laws, similar to ACTA in their aims, if not in all their provisions.

Since 2002, researchers and advocacy have constructed proposals for legalizing non-market file sharing and putting in place new financing schemes for a sharing-compatible cultural economy.4 All these proposals are based on flat-rate contribution by broadband Internet subscribers to rewarding authors and artists and/or financing the production of new works. Typical figures for developed countries are 4 to 5 € per month per subscriber for all media – including books and Internet-native media. By modeling in detail how these proposals could work, I have been able to show that they would support a much greater variety of contributors and works than the present copyright system and help a wide range of economic offers to reach sustainability. These proposals are gaining policy support in many countries, and face a fierce opposition from right holders lobbies.

Not all pro-sharing citizens endorse these proposals, because many fear that they would not give real sharing rights to people or that the collected funds would be captured by rent-seeking players such as heirs of deceased artists, the majors themselves or collecting societies. They have seen so bad a policy development arena, that they now doubt a good one could exist. The standing of democracy rests upon restoring the trust in this possibility. No Internet and cultural policy is acceptable if it has not considered the recognition of sharing without aim at profit as a legitimate right and the promotion of a sharing-compatible economy as part of its possible options.